When Dorian left the Sydney Conservatorium over 25 years ago, he gigged with a Hammond B3 Organ and Leslie Speaker. However, the B3 is 200 kgs alone. Ultimately, it simply wasn’t practical. And a Yamaha DX7 was never going to duplicate the tone of a B3 for Dorian’s ears. So he moved back to the piano until decent organ clones came on the market some years ago. Now, his Hammond organ weighs 15kgs and can be managed after a glass of wine.

He has an organ trio, piano trio and a 1920s sextet called The Bathtub Gin Orchestra.

Mode possesses eclectic talents, proved by his hilarious first novel A Café in Venice. This trio album is a companion to his second novel, The Mozart Maulers, which tells the unlikely tale of a Sydney Conservatorium rugby league team. Where the book is comic, however, Mode’s lyrics are pastel-hued observations and gentle confessions. Swirling amid the sensitive playing are musically resourceful songs, overlaid with words containing poignant little stings, which suck you into Mode’s very personal and satisfying vision.
JOHN SHAND – SYDNEY MORNING HERALD

Stephen Sondheim has observed that a well-crafted song is like a one-act-play, with a beginning, middle and end, and character development. It is an observation that applies beyond music theatre. Dorian Mode crafts songs to take the listener on a journey. They tell old stories of loves lost and hearts broken, but with individual quirks of perspective and imagery. It is the same flair that informs his funny, sad and metaphysical novel which shares this album’s title, and which incorporates some of the lyrics. The CD, in turn, includes a reading from the wittily entitled Alas, that was the Winter of my Discount Tent chapter, with atmospheric commentary from Mode’s piano and Jason Morphett’s tenor saxophone. There is an uneasy tension between the melancholy of most of the songs and the rather neutral crooning style Mode adopts to sing them. Yet the lyrics keep you listening, and the arrangements are shrewd, with stylish solos from Morphett (especially his soprano on At Midnight and trumpeter Don Rader. Singer Nicky Crayson duets attractively with Mode on Out of the Rain, and, beyond the originals there is a fine reading of Prince’s Sign O’ the Times
JOHN SHAND – SYDNEY MORNING HERALD

Backed by a neat little combo, ‘Man, Dig that Groovy Mode’ is refreshing and should live up to all expectations – PLAYBOY

Rebirth of the Cool shares a lot of characteristics with other jazz artist such as Vince Jones and Harry Connick Jnr; a sense of heritage and delivery that is somehow simultaneously warm yet cool, and the power to fill a room with a velvet ambience that enshrouds and engulfs. – ON THE STREET

His effortless synthesis of influences and passion for producing accessible contemporary jazz belie a great gift – the ability to extend tradition without trying to impress. He is simply a natural. This album is class stuff. – NEW WOMAN MAGAZINE

His music can be described in one word: stylish! – AD LIB JAPAN

Dorian Mode is unquestionably one of Australia’s great jazz artists; a reputation that is only enhanced by the release of his third album ‘Cafe of Broken Dreams’. Simply put, this is a brilliant effort and heartily welcome. – SYDNEY NEWS CRITICS CHOICE

A quality singer who excels on the piano and organ. – THE BULLETIN

Dorian Mode was a pianist first till everyone began hounding him, saying, can you sing? And boy, can he do both! A great album – THE ADVOCATE

Dorian Mode is a wonderful artist as a vocalist and composer and arranger. His originals have a unique tone of hopeless longing. I could not help but be absorbed in listening. – SWING JOURNAL JAPAN

I was impressed after listening to his latest album. The complicated harmony used to create a more sensual sound has made this album not only vocally but instrumentally appealing. – AD LIB JAPAN 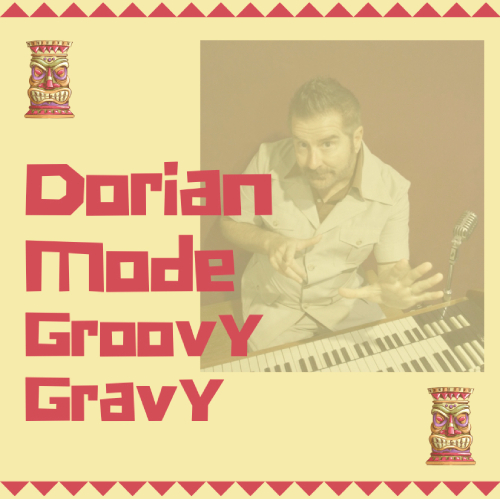 Groovy Gravy was recorded in 2021 and is a homage to Dorian’s earlier days on the Hammond B3 organ. It features a funky mix of originals, hard swinging post bop covers, groovy tracks and some quirky cultural satire. Dorian is supported by Aaron Flower on guitar and Toby Hall on drums. 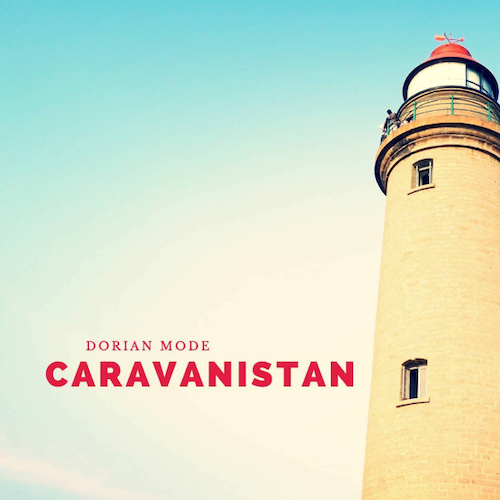 Caravanistan 2010 is a companion piece for his unpublished comic novel of the same name. Dorian wanted to create the feel of a jazz band in a caravan park but dually make a record with with a nautical feel. So it features piano accordion and renowned guitarist, James Muller on ukulele. 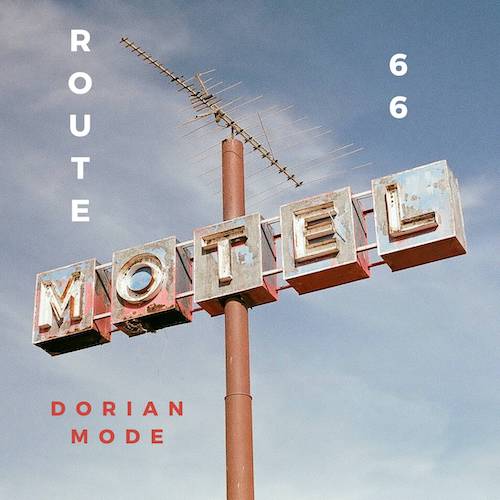 Route 66 was recorded in 2019 live at USQ Arts Theatre on a Steinway. It’s a tribute to the Nat Cole Trio. A lifelong Nat Cole fan, Dorian has been performing this concert series all over Australia and the South Pacific. Features Bruce Woodward on guitar and John Conley on bass. 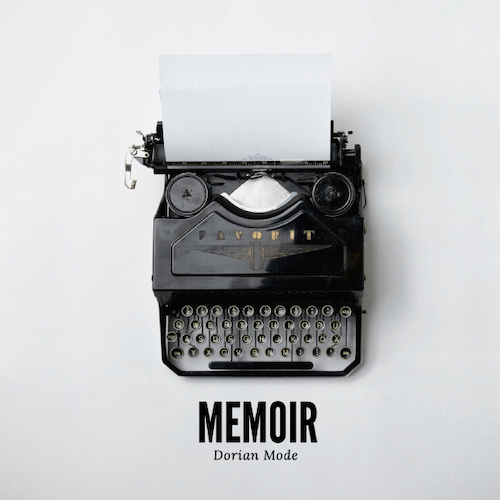 Memoir is a piano trio album recorded in 2006. It was awarded two ABC Music Awards for Best Jazz Composition for ‘Lydia’s Waltz’ and Best Instrumental for ‘Blondie – a variation of Debussy’s La fille aux cheveux de lin’. The album is a companion piece to his memoir, The Mozart Maulers.

Letters from the Heart 2011 is a response to fans asking Dorian to record an album of his favourite ballads. Most of Dorian’s practice is by himself so the album was a natural fit. This solitary recording features covers of Gershwin, Berlin and Hoagy Carmichael classics, with one Dorian original, ‘Hold Me’. 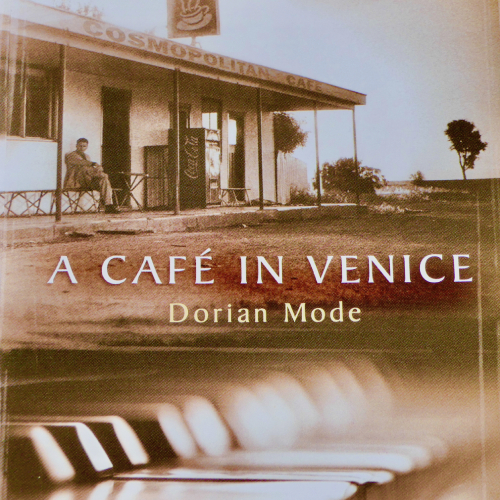 Cafe in Venice is a 2002 sextet album featuring American trumpet legend Don Rader and Jason Morphett on tenor. It’s a companion piece to Dorian’s debut novel of the same name, with songs inspired by characters and events in the book. Dorian sings and plays piano and organ with orchestrations by Rodric White. 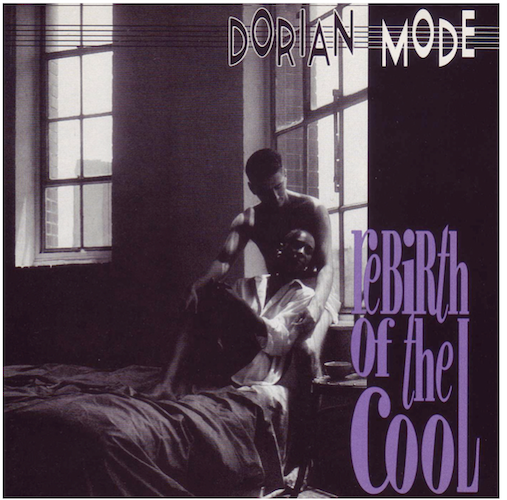 Rebirth of the Cool was Dorian’s 1991 debut release with EMI Records and charted at Number 2 in Japan. A reimagining of Miles Davis’s Birth of the Cool but in a contemporary setting, it showcases Dorian on vocals, piano and organ and features Miroslav Bukovsky on trumpet and the late Bernie McGann on alto. 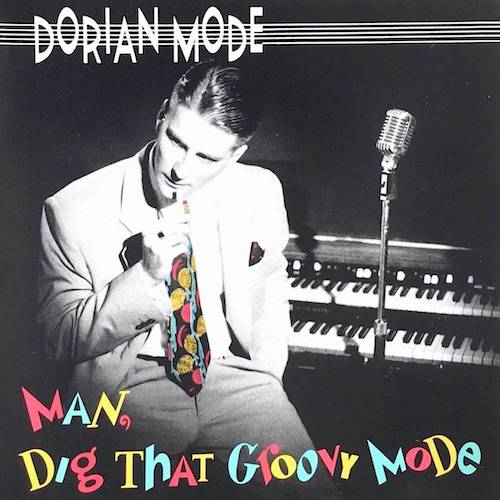 Man, Dig that Groovy Mode was recorded in 1989 and captures the nascent moment when Dorian was starting out in the jazz clubs with his organ quartet. On the strength of this album he was signed to EMI Records. The album features Scott Leishman on Guitar and Antero Ceschin on drums.